Each year, Tyne and Wear welcome 18 million people attracted by the area’s stunning natural beauty and fascinating culture, as well as it’s friendly “Geordie” locals. The North East of England is a photographer’s dream, with thousands of breathtaking photo backdrops including unspoiled nature and impressive architecture. If you’re looking for a great way to remember your time in Tyne and Wear, the Maldron Hotel Newcastle did a study to reveal the most instagrammed spots in the area. 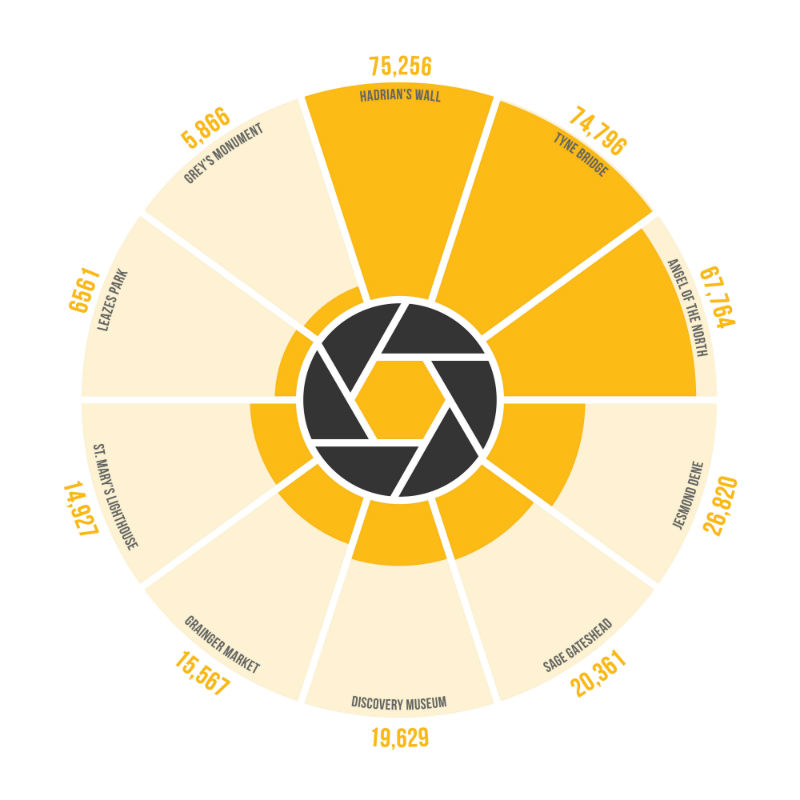 Find below the detailed list and some fun facts about each location. Check it out and make sure you snap a photo or two! 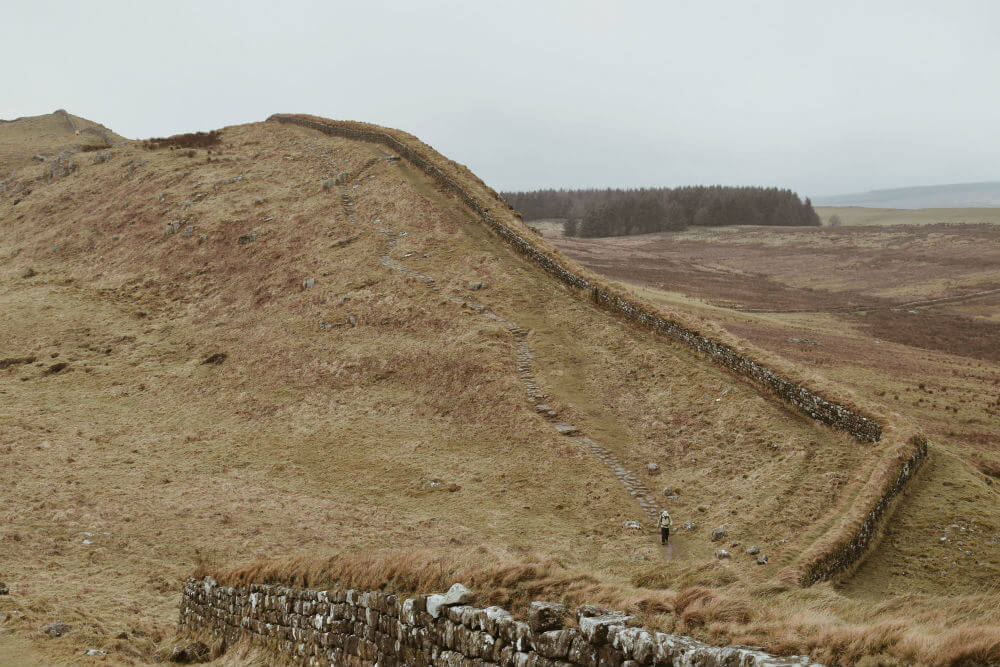 With over 72,000 photographs on Instagram hashtagged as Hadrian’s Wall, this historic landmark takes our top spot as the most Instagrammed place in the North East.
The Roman wall was built by Emperor Hadrian in AD 122 to protect the province of Britannia from the “barbarians” (the Scots!). The wall originally ran from the banks of the River Tyne at Segedunum (now named Wallsend) right across the country to the Solway Firth on the west coast. Large sections of the wall still remain mostly intact today, and the wall forms the route of a popular walking path that runs for a total of 84 miles across the countryside. Hadrian’s Wall was declared a World Heritage site in 1987.

Fun Fact: The giant ice wall in the cult TV series Game of Thrones was inspired by Hadrian’s Wall. 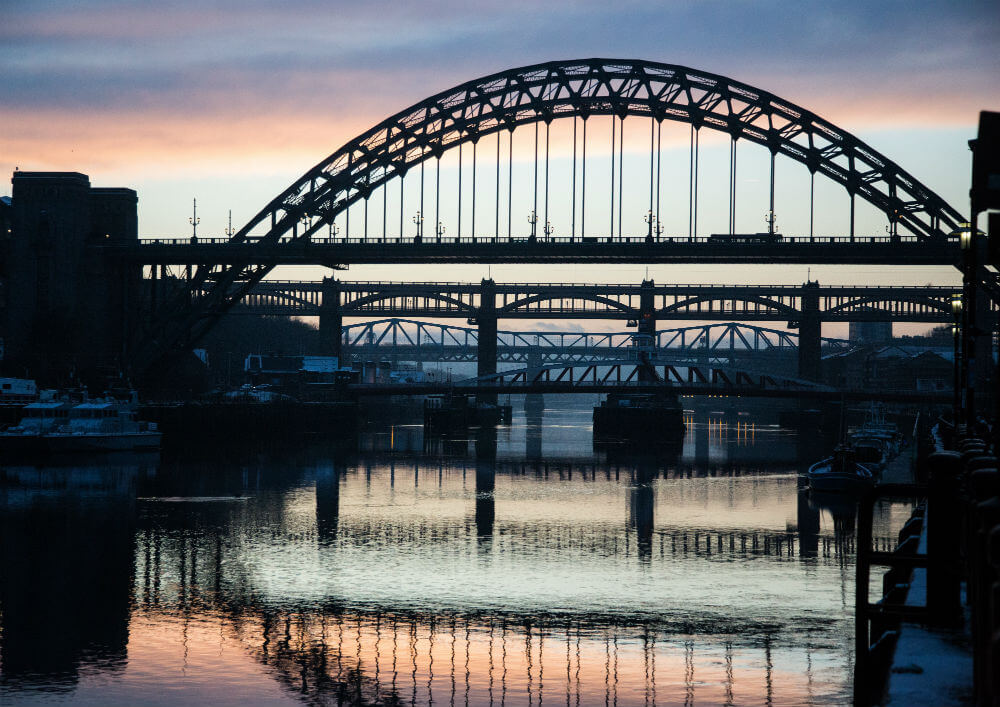 Newcastle’s iconic quayside with its series of seven bridges crossing the River Tyne is probably its most recognizable landmark. The Tyne Bridge was not the first to be built in the city; the High-Level bridge built in 1849 is the oldest bridge still standing. Also, it’s arguably not the most impressive (the Gateshead Millennium Bridge with its unique “blinking eye” engineering snatched that title in 2001 and takes number 10 on our list). However, there’s no denying its importance and significance to the city. Built in 1925, the green arch bridge bears more than a passing resemblance to the Sydney Harbour Bridge and there’s a good reason for this – it was built by the same engineering team.
The bridge is now Grade II listed for its architectural and historical interest and is a vital transport link connecting the cities of Newcastle and Gateshead, with around 2,500 vehicles per hour using it at peak times.

Fun Fact: The bridge is a popular nesting site for kittiwakes, causing significant problems for the businesses below. Don’t spend too long hanging out under the bridge if you don’t want to end up with droppings on your head!

3. Angel of the North 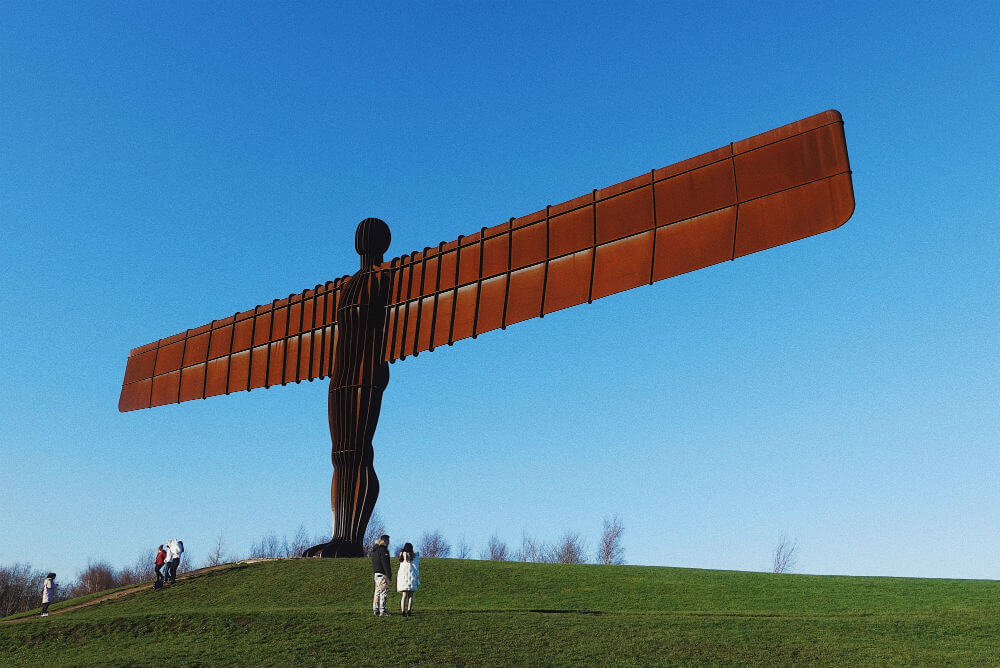 In the past, most of the North East’s recognizable landmarks were located North of the river, meaning the city of Gateshead missed out on tourist traffic in the area. This all changed in 1998 when Sculptor Antony Gormley created the Angel of the North – a steel sculpture measuring 20 meters tall and 54 meters wide, which towers over the city. The contemporary sculpture was controversial at first, with some residents claiming it was an eyesore, and that its location next to the A1 could distract drivers, causing car accidents. As a landmark, the Angel is now one of the area’s most iconic and beloved symbols of the North East, attracting 34 million visitors every year.

Fun Fact: Just a few months after the statue was erected, football fans dressed it in a massive Alan Shearer number nine Newcastle United shirt. It’s been the subject of several stunts since involving a Santa hat, an Australia Day message, and a giant breadstick. 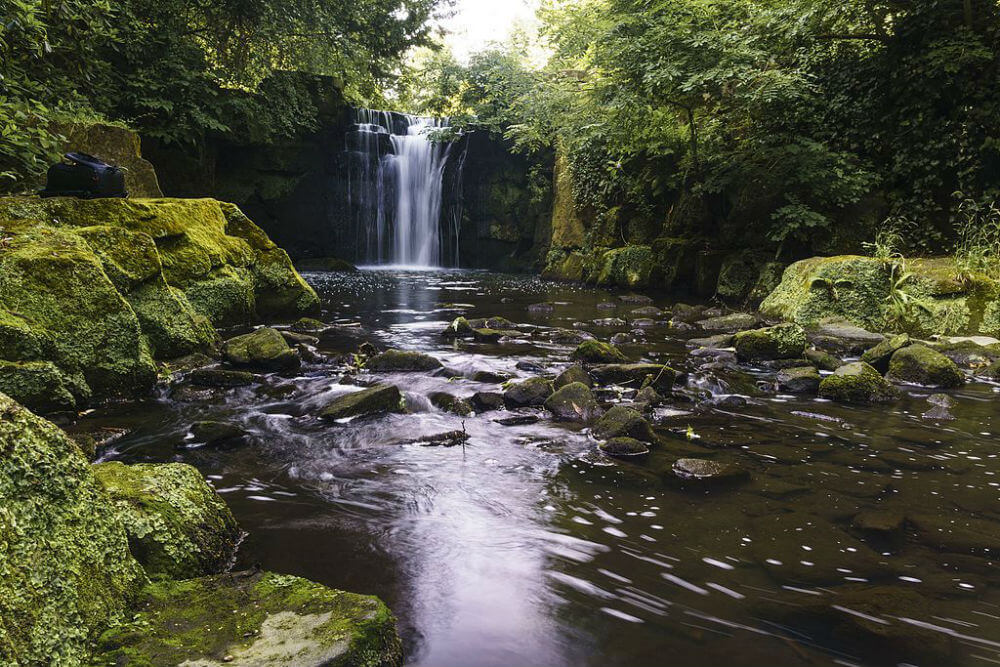 Like many British cities, Newcastle Upon Tyne has its fair share of green spaces. Jesmond Dene is something really rather unique and special, however – a little piece of nature in the heart of the city that boasts a fascinating history. Jesmond Dene is a public park occupying the slopes of the valley on either side of the Ouseburn River in the Newcastle suburb of Jesmond. The park was created by Lord Armstrong in the 1860s in the form of a rural retreat including crags, woodland, and waterfalls. Armstrong went on to gift the park to the people of Newcastle and it’s now a popular recreation area including a children’s petting zoo, play park, and Jesmond Dene House restaurant and hotel.

Fun Fact: Jesmond Dene’s “Dawn Chorus” is played in workplaces and hospitals across the country. 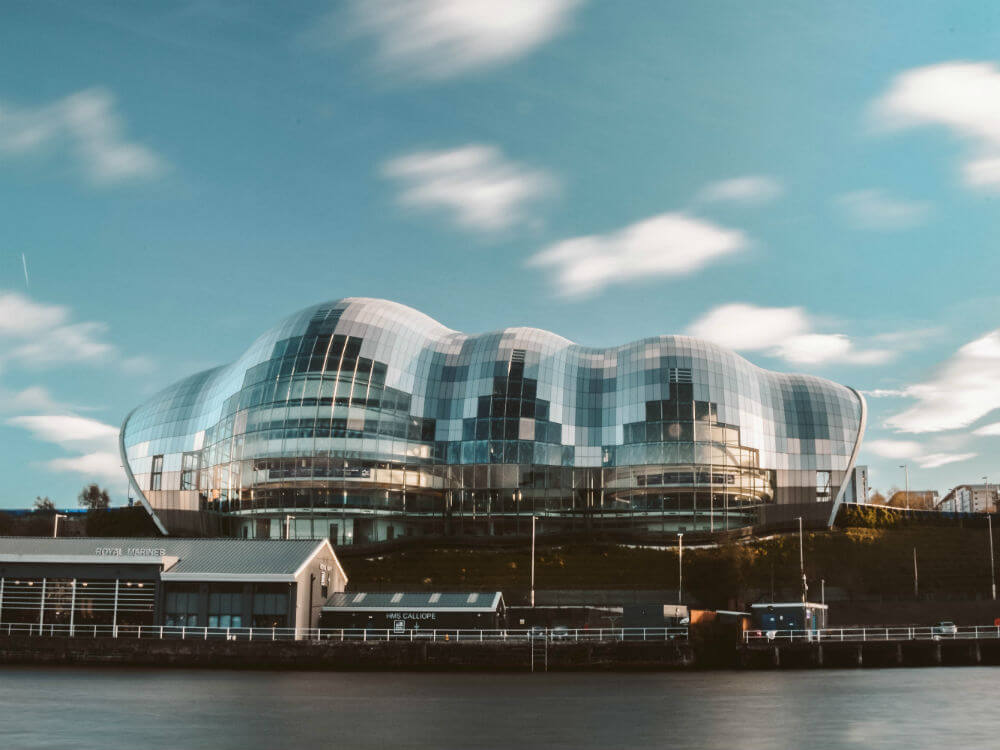 The iconic River Tyne skyline was transformed in 2004 with the opening of The Sage, Gateshead – a musical education centre and concert venue on the south bank of the river, which formed a major part of the Gateshead Quays redevelopment. The project, which was funded by National Lottery grants, took eight years to complete and transformed the city into one of the world’s most respected centres for music. As a landmark, The Sage is modern and eye-catching, built from curved glass and stainless steel that reflects the sky above and the river below. An organic shape resembling a chrysalis, the concert hall is designed for optimal sound quality in concerts.

Fun fact: On building completion, the local residents coined a number of not-so-flattering nicknames for the building including “the armadillo”, “the slug”, and “the blob”.

Still looking for locations for that perfect Instagram shot? The top 10 continues with Discovery Museum, Grainger Market, St Mary’s Lighthouse, Leazers Park and Grey’s Monument. No doubt you’ll find more Instagram-worthy places in the area to save special moments with family and friends!

Thank you for signing up to our newsletter.

There has been an error and you have not been signed up to the newsletter. Please try again. If the problem persists, please contact us.