The park is located not far from the city centre, approximately 500m from Newcastle Central Railway Station. With a capacity of over 52,000, it serves as the 8th largest club football stadium in England, Wembley Stadium being the 1st.

St. James’ Park is not only used for football, but also for the rugby league. The stadium held the Super League Magic Weekend in 2015 which was deemed a massive success. It was also used in the 2015 Rugby World Cup matches. The park is regularly featured on popular video games such as FIFA and has hosted famous artists like Bob Dylan, Queen, Rod Stewart, Ed Sheeran and Kings of Leon. Not to forget, the park was used as an audition venue for The X Factor and television show Big Brother. 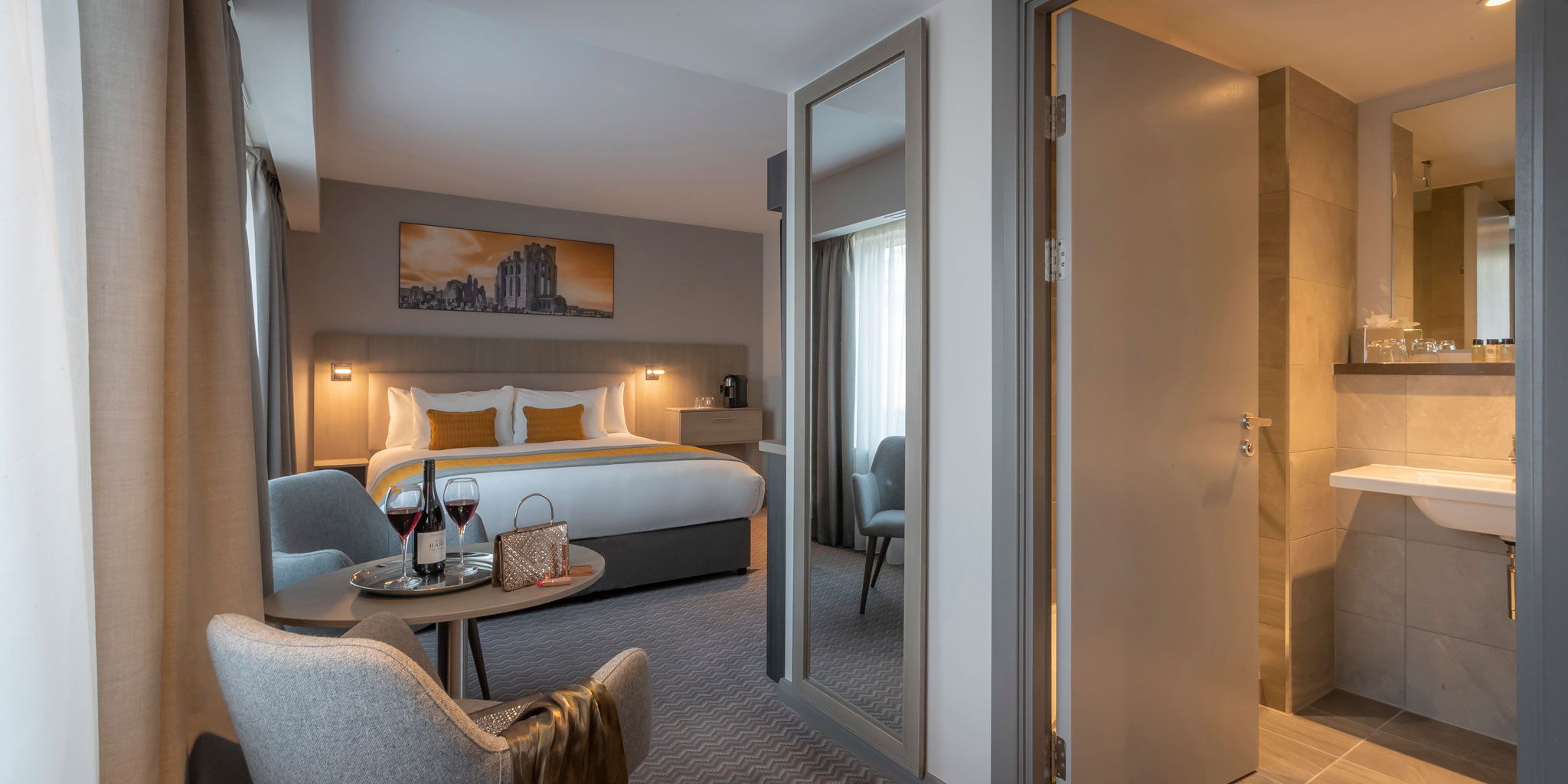 Maldron Hotel Newcastle is a newly built, 4-star hotel located right in the heart of Newcastle city centre, within walking distance to shops, restaurants and all main transport hubs. Due to its central location, state-of-the-art meeting facilities, air-conditioned rooms and complimentary high-speed Wi-Fi, our hotel is perfect for corporate stays, business meetings as well as leisurely or a girly weekend away. Guests also have the option to make use of our Grain & Grill bar and restaurant.

Book your accommodation in Newcastle just a short 7-minute stroll from St. James’ Park! Alternatively, you can catch the buses 71, 72 or 87 to get to the park.

Thank you for signing up to our newsletter.

There has been an error and you have not been signed up to the newsletter. Please try again. If the problem persists, please contact us.